Should I be ashamed of my absence here?

Has it even been clocked? Unlikely.

My excuse is rather salubrious – I have been living, working, dreaming, travelling … and spending time with a new family addition!

So, although I may have denied myself the escapism of  solitary penned outbursts, I can at least say the last year has been somewhat decadent, somewhat crazy, but forever interesting and valuable.

If such indulgence adds to my offerings then all the better. One lives in hope!

Each time I returned home however, my redundant laptop stared balefully at me from its far flung corner of what should by now have manifested into The Office in this not so new {now}  abode of mine.  One great excuse lent itself to the fact that the charger had usefully gone walkabout…  Another that I was ‘just too busy’ – familiar? That earning a living doing my vocation took precedence now over doing my dream as a living.That I had such long ‘to do’ lists they took priority…even when they lay in tatters or failed attempts to tick them off left me in shreds of pointless frustration…..and the house, the garden, the lists, took on a jaded ‘we told you so’ look of their very own. Not unlike my treasured companion – the laptop.

Ok, Ok, Ill just get Christmas out of the way, the pesky thing, and then writing shall resume. Yet like my endless lists, my excuses raged on.  I feebly consoled myself with my enthusiastic signing up to a local writing club – well, not so local, therefore only a few out of the 9 months meetings since joining last year have actually been attended. I then kid myself that I do keep up to date on events on the linked website. Perhaps my guilt at not writing – and my confession to it – at the last meeting solidified as I heard account after account from other successful published writers.  Most were either on their second or third novel…even newbies finishing manuscripts in record time and being offered all kinds of tempting deals. I slouched, rather than walked out later, more mortified than inspired…

Guilt and his capital G  then hung above me across September and well into autumn  – another family death following hot on its accusatory heels. No, definitely not another excuse of course, but Death and I have never been fond bedfellows. So even though he gracefully returned Insomnia to me which had only just left me from the ravages of the last loss, I was – and am not – overly impressed. Particularly as this time Insomnia did not bring the gift of Inspiration with him and aid me in waxing lyrical well into the desperate jaws of Dawn.

If you could even be bothered, and why on earth would you? you would see from my entries here that Eagerness canters in around Jan/Feb of most new years, only to gallop out again by the first blooms of spring! Ironically, my most prolific period was in the month before and directly after losing my wonderful father…good old Grief with his double-edged scythe.

Yet if Death of the physcial body and its aftermath of Woe and silent, sacrificial Sorrow can oddly inspire, then why would I use my writing at that point as a familiar escapism? I welcomed it as a confident, compassionate crutch to escape true Pain and her cutting incisions… so why not now?

Am I the only writer here who feels a knawing emptiness when writing is bereft, when words are hemmed in our mind behind mental barriers that we alone refuse to break?

This is NOT writers block. No. This is almost like a ‘losing’ of oneself. An indescribable urge to break free from the restraints we self impose on our cathartic needs. Almost a resentment at having to blind Creativity with our myriad, pathetic excuses.

If, for me, it equates with other losses in Life itself I am not entirely sure. I do know that the gain, the utter release I feel when Freedom strides on in again and mentally acknowledges its time to release Angst again; to pour those miserably chained consonants, those vexed vowels, onto the waiting, expectant page;  – I know for certain that no amount of counselling or ‘much needed time out’ could ever compensate for this.

Writing is my Salve.

The laptop is feeling quite good too. It even got a dust off.

The Office & its own brand of Guilt can wait till tomorrow though….. 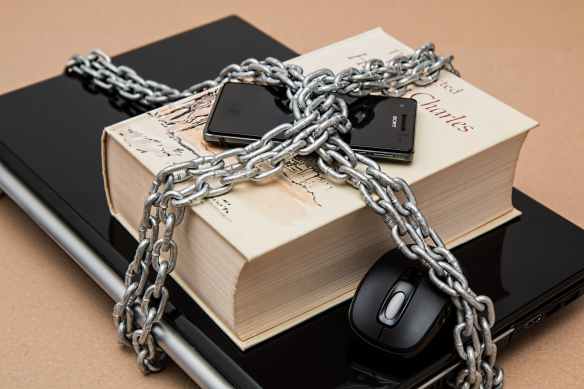 2 thoughts on “Wow…one whole year on! Nameless, blogless, many!! #procrastination”